Get help controlling adhesion for: 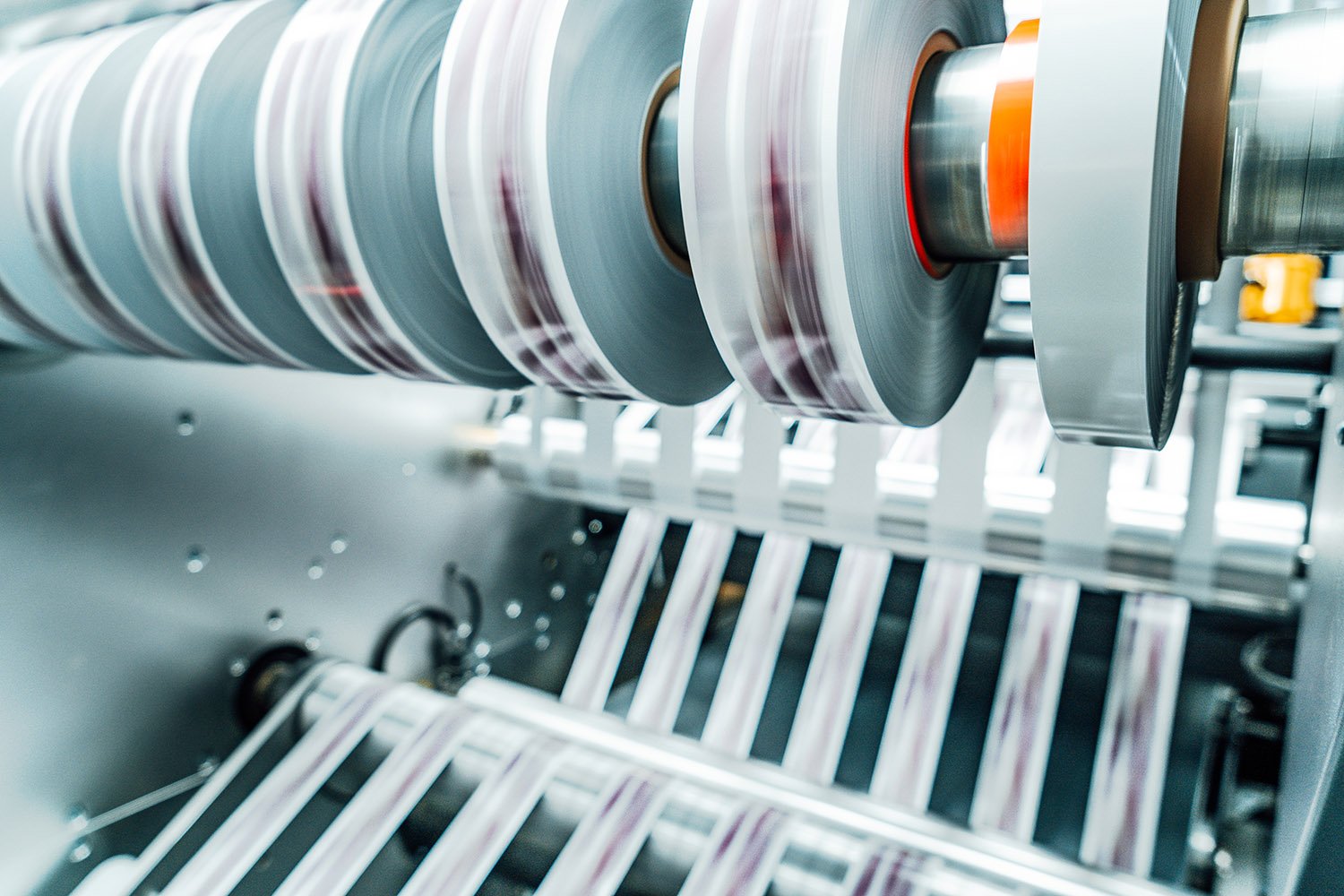 One of the most frustrating aspects of experiencing a problem in manufacturing isn't necessarily the issue itself, but rather, it's the difficulty of accurately determining and communicating what the problem actually is.

In the case of blown and extruded polymer films (and many other manufacturing sectors in their own ways), when an issue crops up like inks not adhering properly to cleaned and treated plastic, defining the scope of the problem and delivering empirical evidence to the involved parties (e.g. vendors, quality team, production team, etc.) can be confounding if the data just isn't there.

Collecting that data is the certainly the desire of manufacturers, but the tools available often leave them wanting. When subjective and unrepeatable testing methods such as dyne ink and water break tests are the go-to for evaluating surface quality, it can be impossible to quantitatively prove what is happening across the entire surface of the material. For large, flat surfaces like those handled by film processors and printers, consistency from one edge to the other is vital. There are times when an entire roll of film might be contaminated or just certain areas that are impossible to predict until you go to print and the inks that were adhering just fine yesterday seem to have intermittent failures today. This can leave manufacturers feeling very uncertain about how to proceed and can often lead to costly downtime and sending low-quality product out the door.

The best way to fight this uncertainty is with cold, hard data. Being able to diagnose the issue quickly and with accurate, objective information means manufacturers can communicate effectively about how to address the problem. This is also true for manufacturers who are not necessarily experiencing new issues but just want to improve their bonding, printing or sealing processes.

If you can't calculate the quality of your surfaces, then you can't measure the impact of any adjustments to your process.

Kala is a technological leader in flexible packaging finishing and printing and had plans to take a closer look at some Critical Control Points in their production process, such as the quality and consistency of materials coming to them from their vendors. You can read the whole story here, but in this article, we'll just leave you with an overview of what they were experiencing.

“We were looking for a way to shore up our Receiving and Logistics process because we would immediately quarantine material that was out of spec, but we wanted a more precise way to communicate effectively to our vendors when there was a problem” said Ryan Chai, Kala’s Director of Flexible Packaging.

To learn more about how you can get better data about your adhesion process, download our eBook that guides you through conducting your own root cause analysis. Get your free copy today - Checklist: Adhesion Failure Root Cause Analysis for Manufacturers.

Kala was struggling to get the clear and determinate data they were looking for using dyne pens to characterize the quality of incoming films and materials.

“It became clear that we needed to adopt a method that could be done very quickly, would be non-destructive and could be done right on the production line, if needed,” said Chai. “We always try to gather data in a way that is very precise. So, that was a driving factor that nudged us to look into utilizing contact angle in our process.”

Contact angle measurements are precise indicators of a material's attractiveness to adhesives, coatings, inks and paints. This attractiveness is called surface energy and a surface that is contaminated with oils and residues (most of which are completely invisible to the naked eye) will exhibit low surface energy. A high contact angle is indicative of low surface energy because in order to take a contact angle measurement a drop of liquid must be placed on the surface, if that drop is repelled by the surface due to contaminants present there, it will bead up instead of pulling in close to the material and simulate the way ink might act on an insufficiently prepared film surface (i.e. the ink won't adhere well).

Measuring the behavior of the liquid allows you to put a value on the quality of the surface. This offers a very precise way of understanding exactly where the problem lies and a direct way of communicating about it.

As Kala tested their materials with dyne inks, they often found that the surface energy would fall outside the narrow range of surface energy levels that dyne pens’ limited scope could identify. This ambiguity hampered their ability to confidently express to their vendors when they were experiencing an issue. Being able to measure on very small areas of film using contact angle measurements and getting repeatable results, Kala was able to collect definitive evidence of a dramatic difference in surface energy between tiny regions of the film. On some rolls the contaminated area was only about 0.5” wide, an area small enough to be missed by vague dyne ink assessments.

The Kala engineers easily sent this data with images from their measurement device to their vendor who, based on this concrete evidence, responded remarkably quickly to resolve the issue. Kala was able to pinpoint exactly where the contamination existed on the film web and could determine that it was present on the material as it was received. Most often, manufacturers who experience print adhesion failures of this kind are only able to say to their vendors, “hey, it’s not printing well” and both parties just have to shrug their shoulders because there’s nothing identifying the source of the failure.

“There was an unprecedented level of speed relative to what our experience has been in the past with vendors once we sent an email and had one phone call with their engineers.” explained Chai.

This kind of communication speed and flexibility is extremely important right now as many teams are working from home and need to be able to share information easily without speaking in-person.

This achievement also saved Kala tens of thousands of dollars and hours and hours of downtime; time they would have had to spend changing out rolls, trying to figure out exactly which ones were contaminated or waiting until the printing failed again.

The earlier you can spot and fix a quality issue, the more time and money it saves you. Those issues collect more and more expensive moss as they roll down the hill of production.

To learn more about how you can better understand your adhesion process in order to save thousands of dollars in lost time and testing that isn't sensitive to what's actually happening on your material surfaces, download our eBook that guides you through conducting your own root cause analysis. Get your free copy today - Checklist: Adhesion Failure Root Cause Analysis for Manufacturers. 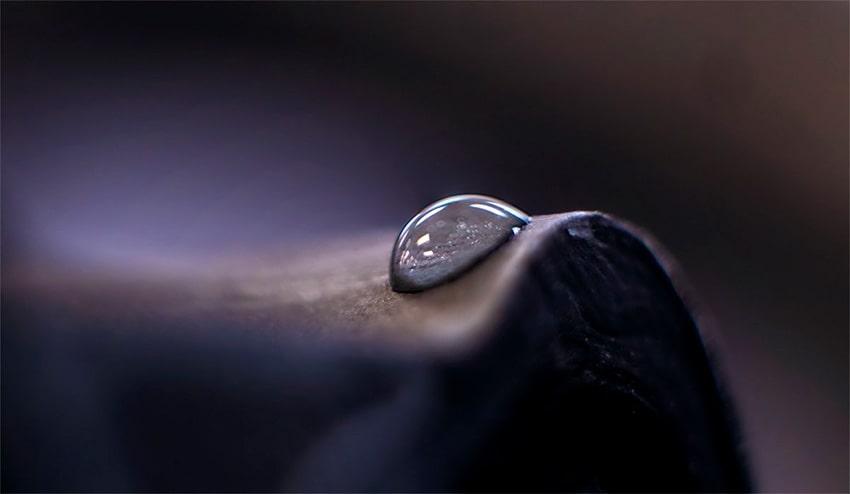 What to do When Your Contact Angle is out of Spec
Adhesive bonding can be used to create strong, reliable assemblies that perform extraordinarily well in the field. Adhesive bonding ...
END_OF_DOCUMENT_TOKEN_TO_BE_REPLACED

Henkel and BTG Labs Partner to Establish Surface Measurement Standards
Highly engineered products, such as radar, guidance, and communication systems for commercial and defense aerospace applications use highly engineered materials when building products. As a supplier of ...
END_OF_DOCUMENT_TOKEN_TO_BE_REPLACED
See All Posts